The Legacy of the Spanish Conquistadors

I am a freelance journalist writing on world affairs, politics and history; and a communications professional working for Club de Madrid, the largest forum of former Heads of State and Government promoting democratic values. I have written for La Vanguardia, Euronews and Are We Europe, among others. I am also a Stiftung Mercator Alumni and a Young Professional Advisor at United Europe.

I wrote this story for the #9 issue of Are We Europe’s magazine ‘Unsiliencing: The Colonialism Issue”. Buy it here.

The death of George Floyd forced many Americans to reconsider their own history. Demonstrators toppled statues of statesmen who had bought and sold slaves or perpetuated violence against indigenous communities. But across the Atlantic, many Spaniards were shocked to see the toppling of statues of one of their national heroes, Christopher Columbus, who was in fact Italian.

Columbus was responsible for killing and enslaving millions of indigenous South Americans. But for many in Spain, a country that celebrates its National Day on 12 October—the day Columbus saw American land for the first time—the explorer is still a symbol of national pride. 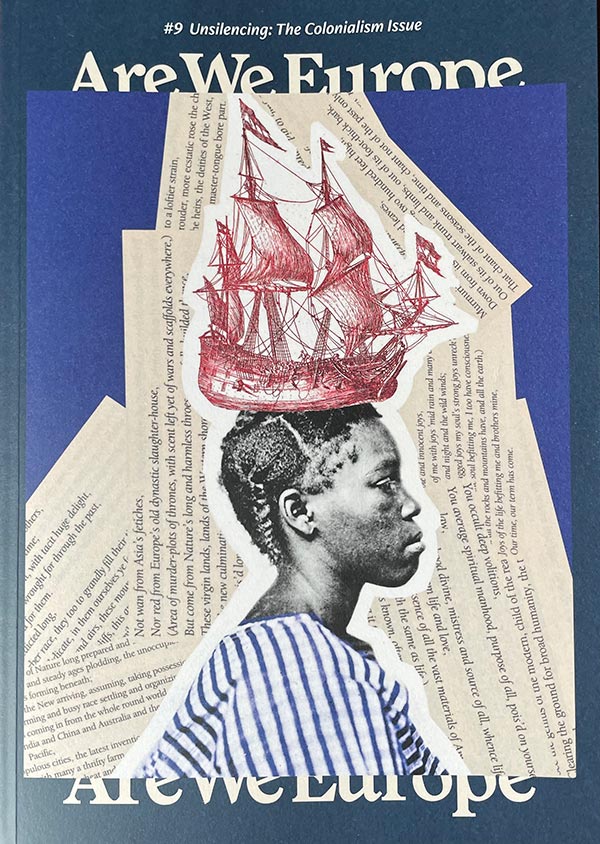 Many Spaniards were shocked to see the toppling of statues of one of their national heroes, Christopher Columbus

Salvador Martí, a political science scholar who educates students about the history of colonialism at the University of Girona, explains how Christopher Columbus is perceived on either side of the Atlantic through a personal anecdote.

A year and a half ago, Martí was showing some American Ivy League students around Barcelona. When they came across a giant statue of Christopher Columbus at the end of Las Ramblas, a popular boulevard, a student asked him if the local population found the statue offensive. Martí replied that for locals, the statue was just a part of the urban landscape—they rarely reflect on Columbus’ legacy.

In 1492, Christopher Columbus signed an agreement with the Spanish crown to finance his first voyage across the Atlantic. Columbus would be allowed to keep 10% of the riches acquired during his expedition—a lucrative deal considering he expected to arrive in East Asia, a land full of spices and riches in high demand in Europe.

Yet Columbus did not discover unlimited supplies of spices during his first exploration of what turned out to be the Caribbean islands. Instead, he noticed that the local population was wearing golden ornaments. Meanwhile, back in Madrid, the monarchy was increasingly worried that Columbus’ expedition would return empty-handed. Feeling the pressure, the navigator suggested continuing his search for gold while the first colonists forced the original inhabitants of the Caribbean to cultivate the land.

Much like Columbus, many of the other conquistadors that later ventured to the Americas were motivated by gold fever and the promise of elite status upon their return. These settlers were allocated a piece of land (an encomienda) that the native population worked on, often in conditions of servitude. The settler’s mission, as ordered by the crown and with the Vatican’s consent, was to cultivate the land and evangelise the Native American population.

The conquistadors did eventually find gold and silver and, in a few decades, Spain went on to become one of Europe’s most powerful global empires, to the discontent of powerful seafaring protestant nations like The Netherlands and Great Britain.

According to some historians, this led to an inter-colonial power struggle where Spain’s competitors spread inaccurate or exaggerated anti-Spanish propaganda to demonise the Spanish Empire. This came to be known as the “Black Legend.”

The existence of this Black Legend has enabled intellectuals in Spain to downplay the cruelty of the Spanish colonisation of the Americas. Some, like historian Maria Roca Barea, even go so far as to claim that this historical conspiracy against Spain still affects the country’s global standing today. In her national bestselling book Imperiofobia y Leyenda Negra—translated to “Empirephobia and Black Legend”—she calls the Black Legend “a universally accepted public opinion in the West.”

Roca Barea invites readers to differentiate between the concept of Empire, which she calls “a movement of inclusive expansion that generates construction and stability by means of a melting pot of cultures and bloods,” and colonialism, which is “exclusive and does not produce mixed blood nor stability.”

The historical context of the Spanish invasion of America is important to consider. It took place just after the Reconquista, when Spain won back the Iberian Peninsula from Moorish invaders in 1492. Because of this, Spaniards regarded the New World territories as provinces of the crown and as such aimed to integrate Native Americans in their society, albeit through forced labour. For this reason, Roca Barea claims, Spain did not engage in colonialism in America.

Martí, who calls the colonisation of America “brutal and reprehensible,” wants to point out that there was homegrown opposition to the colonisation of the Americas, and that “some clergymen asked themselves, ‘What are we doing? If we baptised them and gave them a soul, how come we are enslaving them now?’” However, Martí points out any defense of colonialism is not without controversy. “Speaking about the benefits of the conquest is almost an offensive discourse. It brought them only to those who benefited from the conquest and from the colony.”

“What are we doing? If we baptised them and gave them a soul, how come we are enslaving them now?”

History Lies in the Eye of the Beholder

Columbus is a symbol of imperial dominance for groups advocating for rights of indigenous communities. “Things acquire new meaning. From a conqueror, he becomes the instigator of a criminal project,” says Martí.

Back in Madrid, a retired couple sits on a bench in front of a statue of Christopher Columbus on the Plaza Colón. It’s a windstill day. A giant Spanish flag, 294 square metres in surface, hangs limp against the pole. The man, Alberto Puente, doesn’t see the evil in Columbus. “Spain did not go there to raze the place, but to build and exchange our cultures,” he says. “His statue is an important milestone and something we must preserve. All cultures preserve what they have achieved throughout history and it just makes sense to commemorate it in statues, paintings or any other cultural form.”

That opinion is less shared across the Atlantic. Ramón Pérez Ruiz, a Tzotzil primary school teacher from Chiapas, Mexico, teaches his students that Columbus is a symbol of the “conquest and domination of America.” According to Pérez, “there have been attempts to massacre or perpetuate the systematic disappearance of native peoples through the church and institutions of colonial power, such as the schools.” All acts that lead to the systematic disappearance of “that which is ours” can be considered genocide, he adds. 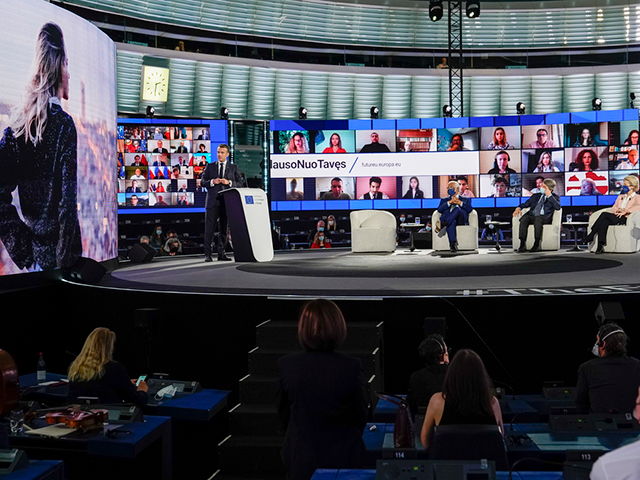 The Conference on the Future of Europe can help the EU connect with citizens. But will it achieve anything else? 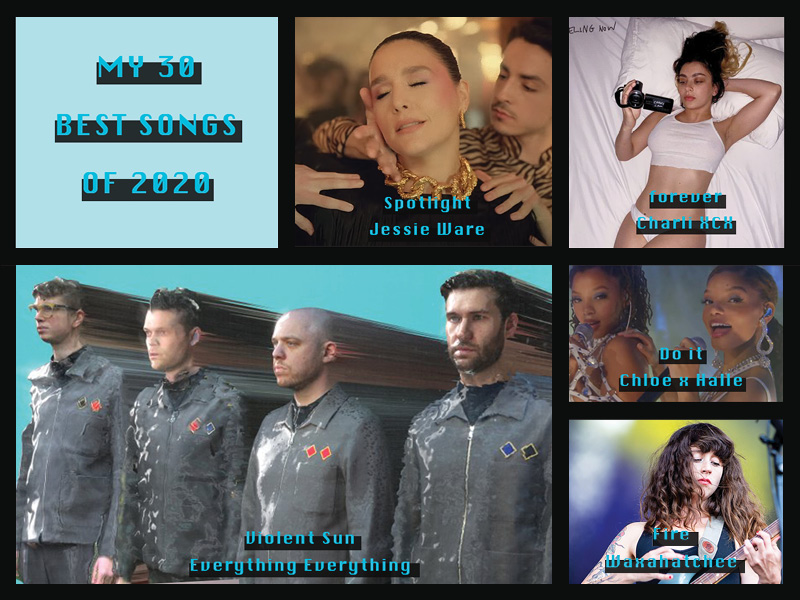